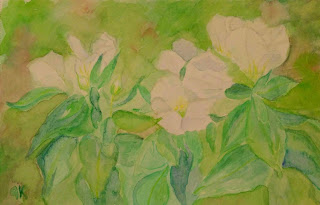 This summer, I went to Germany for a three week visit to my hometown. It had been over two years since my last visit, and so it was wonderful to see my family and friends again. As my hometown has only a population of about 12,000, some areas have slightly changed, but everything still feels just like during my childhood.

Whenever I go home, I automatically compare the two countries. This time, we arrived during an extreme heatwave; we are used to temperatures in the low to high 30s in the Ottawa area, but these temperatures are not common in Germany. The last comparable summer was in 2003. While our family does not have air-conditioning at home, our home is surrounded by trees, and we are certainly used to air-conditioned indoor places all around us that are open to the public. In general, I find the temperatures in stores and restaurants uncomfortably low and always bring a jacket. In Germany, however, not only is air-conditioning in private homes extremely rare, but I was surprised that most stores and restaurants, hotels as well as public places do not have air-conditioning. The grocery stores were air-conditioned but in two of the local stores not only did the air-conditioning stop working, they also lost power of the coolers for more than a week. While it was not even tempting to try on clothes and must have been tough for the sales clerks to bear the heat, I sympathized the most with the chefs in the different restaurants. 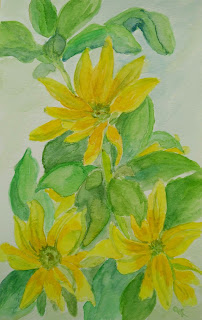 While it was quite unbearable for those working, we stayed close to my parents’ house and the pool, spending the afternoon hours indoors like it is common in the south-European countries. In the late afternoon, I used the time to create some watercolour paintings of my parents’ wonderful flowers that bloomed in abundance. I also used any opportunity to sketch. I am quite happy with some of the sketches but had challenges with others, especially when I decided to capture a person. Some just moved their head in the critical phase of my drawing, others had the nerve to leave. It was lots of fun nevertheless. For some of my sketches, I used watercolour pencils. At home, I brushed water on the sketch and created little watercolour sketches this way. 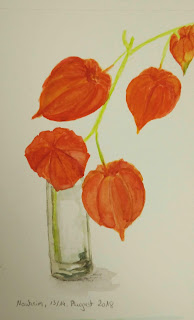 So while we are complaining about the heat, let’s think about the construction workers, firemen, policemen, guards, and the people who pick up the garbage who are exposed to the heat without being able to seek shelter. For the rest of us, let’s just think about the fact that winter is just months away, and we would be happy about a couple of extra degrees. Stay cool and enjoy the sunshine!