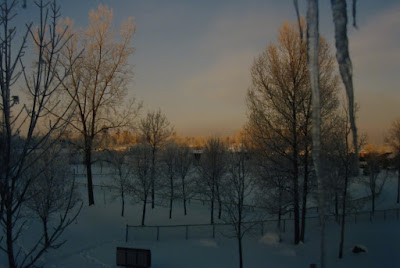 When I returned to Ottawa in the middle of November, the city was covered under a thick blanket of about 30 cm of snow. We spent three more weeks in the apartment hotel, until we moved into our very first house.

I was just in time for the “26th Help Santa Toy Parade”, which reminded me of the carnival parades – only that all the floats were decorated in Christmas themes. The parade was organized by the Ottawa Professional Firefighter’s Association to collect toys and money for less fortunate children in the Ottawa region.

After many visits with my family and friends, I suddenly had to get used to being by myself the whole day while Ingo was at work. At least I could enjoy the thick snow flakes that kept falling over the next couple of weeks. The white landscape looked like a wonderland, especially with all the Christmas lights. 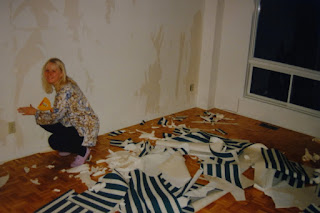 On December 1, we received the keys to our new house. As our furniture only arrived three days later, we had a big job in front of us as we were confronted with a living and dining room that had three different wallpapers. At least we had left the rest of the home as the former owners had painted it.

It did not help that I had severe pain in my right side which finally forced me to see a doctor just days after our move. I was afraid to deal with a doctor in a foreign language so I had postponed the appointment for weeks. Only when I feared an appendicitis, I finally went. Luckily, it was not an appendicitis.

When the container with my furniture arrived, the movers were not too happy about the high snow as they had to bring my sofas as well as the piano in from the back of the house which meant they had to carry them all around the townhouse block through a small path, the garden, and up a small flight of stairs. 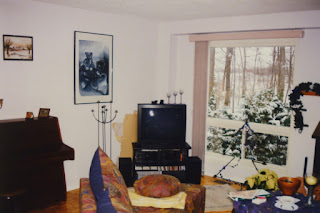 I spent the next couple of weeks unpacking to create a home for us. I worked until I got sick from the exhaustion which increased my homesickness, especially because of the Christmas season when many families gather together to celebrate the holidays.

Despite all the unpacking, we even made time to bake Christmas cookies, an important tradition for me.

We also took the time to visit the Ottawa Little Theatre for the first time, a gift we had given each other for “Nikolaustag”. “Nikolaustag” is celebrated in Germany on December 6 in remembrance of the Byzantine Bishop of Myra. According to the legend, he performed many wonders, often for children. When he was canonized, he became the patron saint of children.

In Germany, children put their clean boots out on the eve of December 6 in the hopes of finding them filled with goodies the next morning. Saint Nikolaus comes over night bringing gifts for children who have been good, and a twigs as punishment for the nasty ones.
Nowadays, the boots are usually filled with nuts, oranges, chocolates and small toys.
While Santa Claus comes to Canada on December 25, Germans already open the gifts that the “Christkind” (Christ child) and the “Weihnachtsmann” (Father Christmas) bring on Christmas Eve. 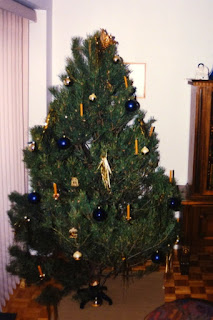 We spent our first New Year's Eve in our cozy new house watching the falling snow. It could have been very romantic if I had not been sick again. This time I caught a very bad cold. We still enjoyed our time together, but it was the last holiday we spent alone. Five days later we adopted a new family member.

If you enjoy my blog please share it with your family and friends. I appreciate your help in increasing my audience.