When I moved to Canada, I left my social circle of friends and family behind. One of the main struggles was my loneliness. I needed to make new friends to become more independent. Ingo and I joined the Newcomers Club of Orleans. We volunteered as newsletter editors to get more involved with the people and activities. However, instead of getting closer to the other members, I still felt like an outsider wondering whether it was my lack of understanding that made me feel so uncomfortable. I continued to worry about my English and was self-conscious even if people complimented me on my language skills.


My first friends were other Germans. However, I soon realized that it was more the common language than the interest in each other that brought us together. Often these relationships were very short-lived. My first longer friendship was with Astrid, who was married to a Canadian soldier. She already had two children and was expecting her third child soon after we met. After the birth of her third child, she hardly had any time anymore, which was understandable but also quite disappointing. I realized very quickly that friendships with military wives were only temporary. They moved every couple of years so that it was impossible to keep in touch. Therefore, many of the first people I met were very focused on their immediate family and had only very superficial relationships with friends.


It was hard for me to get out of the house to meet new people due to the severe morning sickness during my pregnancy. At first, I felt especially sick at night and just not very hungry in the morning, but with every week, my nausea got worse. I felt ill for the whole day. The more weight I lost, the more and more tired and exhausted I became. I spent a lot of time asleep. I could not even do the housework, let alone continue to exercise. My energy was so low that Ingo had to walk Jessie even before I reach the third month of my pregnancy. He also started to cook and go grocery shopping. I felt quite guilty for not being able to do my share and got irritated by everything that piled up.


I was also worried because I still did not have health insurance. I was in a strange position. As a landed immigrant, my travel insurance was no longer valid in Canada. While I was eligible for the benefits Ingo received, regular medical visits were exempt as they are covered by OHIP in Ontario. Therefore, I did not have health insurance for the first three months after becoming a landed immigrant.


While I was looking like a picture of misery, I told my parents and sister who did not know that I was pregnant how marvellous my life was. We wanted to surprise them during our visit to Germany in December. We decided to write a letter of resignation for my father. He had always said that he would stop working when his first grandchild was born. I imagined his surprised face. Covering up my bad health got, however, more difficult as my sister started to get suspicious. She had called several times when I was alone at home, while Ingo was at the gym or walking Jessie – activities we had always done together.


Aside from the physical ailments, the loneliness was tough to endure. Nobody called or visited to take my mind off my troubles. I was thankful for our soft puppy with the big brown eyes. Petting Jessie’s soft fur and holding her in my arms helped me to get through the days and feeling a little bit less lonely. 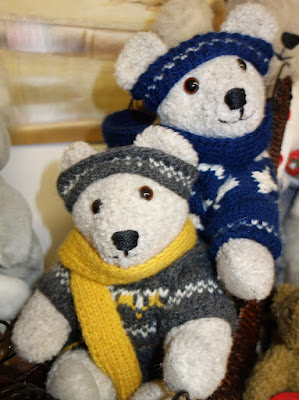 Things also did not look positive on the employment front. After a visit to a teddy bear and doll show, I had applied for the necessary registrations as well as bought new materials to open a teddy bear business. However, my fragile health threatened the start of my business because I was too sick to sew my bears. 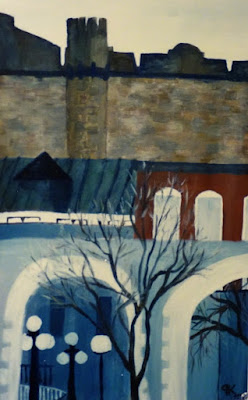 There were some days when I felt well enough to do things. I enjoyed my plein air course and continued with my painting classes downtown. I had also started a part-time French course for landed immigrants and new Canadians. However, I missed a lot of classes which I found quite embarrassing.


After the plein air course had ended, One of the participants of the plein air course had complained that she had not learned anything in the course. Therefore, two additional indoor classes were added. Funnily enough, the participant in question did not show up, letting the instructor know that she had changed her mind. The other participant had already said that she would not join so that I was lucky to have two private classes. The teacher complimented me on my progress and told me that I had the potential to become a good painter. I was delighted and, for the first time in weeks, happy. What a mood booster!


Whenever I struggle these days with an artwork, I remember the support I received from former teachers which helps me persevere. It is important to me to offer the same support to you on your journey to express yourself creatively. Therefore, I limit the number of participants also for virtual workshops so that I can give individual attention to each of the participants. I am passionate to share my skills with you and to build a creative community to support and inspire you. If you are looking for art workshops for yourself and your children during this summer, please check out my schedule at https://www.kerstinpeters.ca/eventscourses/. 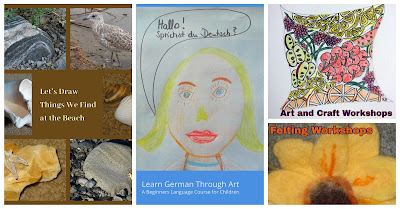