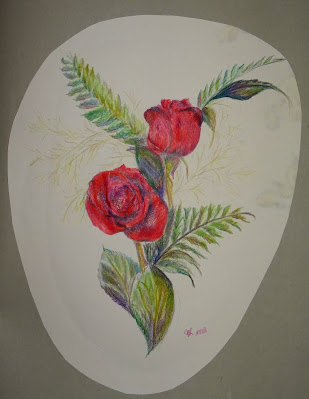 The second half of 1997 passed very fast. We had lots of visitors who wanted to meet the new Peters offspring. As we could still take Dominic with us everywhere we went, we continued to go to events of the Newcomers Club. I also spent time with young moms and their babies who had founded a playgroup. While I was socializing more, I still was not able to build close friendships as the interactions were more about the interest in our children than ourselves.

I was still quite unhappy. I was exhausted all the time because Dominic was crying so much. On top, I had to care for our less than two-year-old Golden Retriever who was acting up as she missed being the centre of attention that she had been before Dominic's birth. I struggled to get the household tasks done, let alone have some time for myself.

Ingo had recently switched companies and received the opportunity to work with the team in Halifax, a good step ahead for him in his career. As we had decided to go together, we rented a furnished house in Lower Sackville for half a year.

We left right after the ice storm of 1998, which luckily had hardly affected us. While many people around us lost power for weeks and suffered damage to their property, we only lost electricity for a couple of hours.

For me, the time in Nova Scotia was a step back. My physical and social isolation at the time was worse than anything I had experienced before or since then. I spent my days caring for our baby Dominic and our young Golden Retriever, Jessie. I was exhausted from seeing nothing but housework and looking after the energetic duo. As Ingo took the car to work, I was not able to visit other places but the streets around our house. As it was winter, everyone kept to themselves. I did not connect with anyone during the whole time we lived in Lower Sackville. I felt very lonely and wished that I had stayed in Orleans, where I had access to a car and could go to the mall, visit a museum or some of my acquaintances.

Only the visit of my parents and my sister lifted my spirits even though I exercised daily and carved out some time for my hobbies. I created a couple of drawings. I also continued to make bears as I was still hoping to find a market for unique bears.

Ingo, on the other hand, enjoyed his new position very much. He worked long hours but enjoyed the engagement in the team. He went for weekly billiard evenings and Sunday hikes with his colleagues.

All my positive memories of the time are related to our weekend trips when we explored the area with its beautiful landscape and beaches. Halifax, Peggy's Cove, and Lunenburg were some of the well-known sights we visited. I wish that I already had the habit of taking a sketchbook with me wherever we went. If I look back at the photos, I feel like going back for a plein air painting trip now that my children are young adults and have their own lives.

Is there a place you want to visit for a second time? Maybe even a place that you did not appreciate as much the first time around. I will share more of my immigrant experience in two weeks as things began to turn in ways I had not expected.